ADPSR was established in 1981 as a 501(c)3 public-benefit organization to promote nuclear disarmament and correct the imbalances caused by military excesses overshadowing domestic needs. Throughout the 1980s, ADPSR initiated numerous peace projects including peace parks, conferences, exhibits, and citizen diplomacy exchange programs with the former Soviet Union. In 1993, ADPSR was honored for this work by the American Institute of Architects, calling ADPSR "a strong, resounding voice for social and political justice." 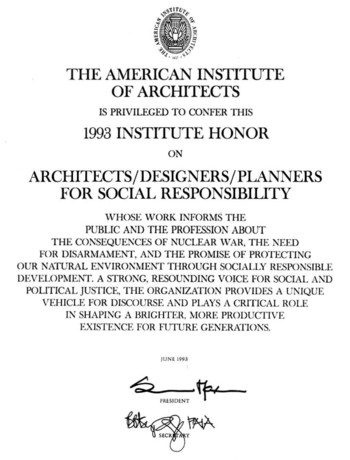 Since the 1990s, ADPSR has focused much of its effort on ecologically and socially responsible development. ADPSR NorCal has been conducting a monthly "Building Ecology" lecture series in San Francisco for over a decade and also produced an annual trade show on ecological construction, which became West Coast Green. Recent ADPSR projects include a Prison Design Boycott and the promotion of community-based alternatives to incarceration. ADPSR is an NGO in the United Nations Centre for Human Settlements (HABITAT). ARCPeace is ADPSR's international affiliate.
Learn more about ADPSR!
Powered by